What is the Orient-Express

With the utmost luxury on-board and the quality of services, the Orient-Express was a revolution in the nascent international travel world, when crossing borders was a hazardous adventure.

Celebrities and royalties would all travel on the Orient-Express and other CIWL luxury trains.

Thanks to literature, cinema and an active heritage preservation, it is still well known in France and abroad. 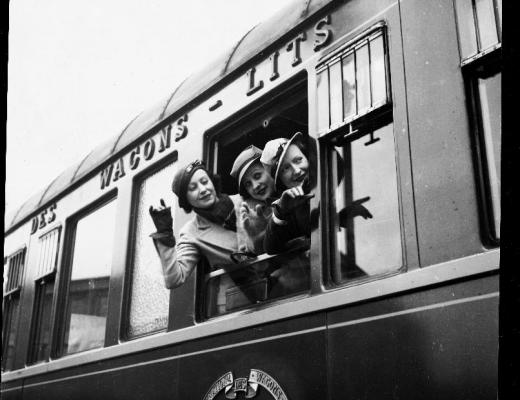 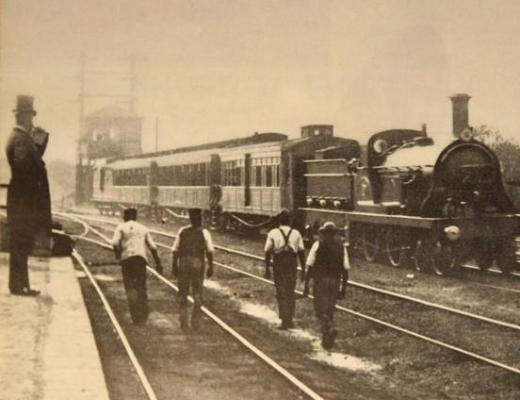 The origins of Orient-Express

In 1869, Georges Nagelmakers, a young Belgian engineer, travelled through America and discovered the first sleeping cars, invented by George Mortimer Pullman. Back to Europe, he created the famous ‘Compagnie Internationale des Wagons-Lits’ in 1876.

The ‘Express d’Orient’, linking Paris to Istanbul (then called Constantinople) was inaugurated in June 1883. This train was not direct: crossing the Danube in Bulgaria was done by ferry. A second train would take the passengers to the Black sea, then a steamer to Istanbul, taking more than 3 days altogether.

In 1889, the eastern railway lines were completed, allowing a direct train and a much shorter journey.

Transformation into a myth

'Orient-Express' became the official name of the train in 1891. So many things hapened, avidly reported in the media, with the curiosity of the readers for such matters.

in 1892, the train was attacked in the Balkans: 120 000 British Pounds were robbed, including a ransom for 5 hostages.

The next year, the train was put in quarantine for an epidemic of cholera.

In 1894, a gala dinner was organized at the Pera Palace in Constantinople to celebrate the passengers of the Orient Express.

Celebrities and European royalties would all travel on the Orient Express or other CIWL luxury trains, attracting more international travelers to CIWL trains. Media would regularly report on anecdotes or dramas on board, before literature and cinema would really create the myth. 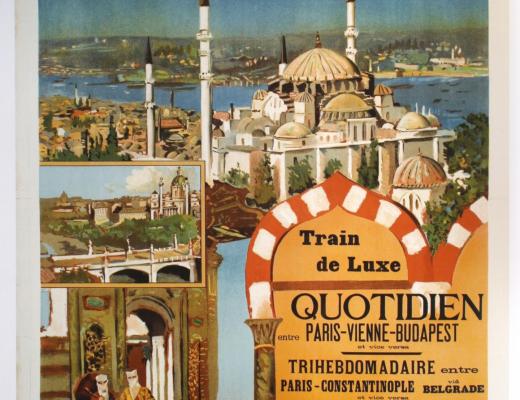 The Orient Express during WWI

In 1913, because of the Balkan wars, the Orient Express stopped in Belgrad. In 1914, all CIWL operations in Europe were mostly stopped. CIWL rolling stock was nationalized by the German Empire in Eastern Europe, with the creation of MITROPA to replace CIWL. Mitropa soon launched the Balkanzug, a German version of the Orient Express.

In the rest of Europe, CIWL trains and rolling stock proved of strategic importance to the Western Alliance, with its well organised and efficient infrastructure in each country.

In 1918, in the name of the allied nations, Maréchal Foch signed the armistice with the Germans onboard CIWL restaurant car N° 2419, called ‘le wagon de l'Armistice’. This coach can still be visited at the Armistice Museum in the North of Paris.

As early as 1921, CIWL restarts the full Orient-Express service, which had stopped during WWI. After 1922, all brown teak coaches were progressively replaced by modern blue CIWL coaches, with the elegant CIWL livery, decorated with the golden crown with 2 lions.

With the opening of the Simplon tunnel between Switzerland and Italy, CIWL could open a new southern route to Istanbul, avoiding the uncertain journey through Germany.

In 1929, the Orient Express was blocked by a snow storm near Istanbul. After 5 days in the cold, passengers had to kill wolfes for food. This adventure inspired Agatha Christie for her novel 'Murder on the Orient Express'.

This period between the Two world-wars was really the Golden Age of the Orient-Express and all CIWL luxury trains, with more modern and confortable coaches, such as the famous LX sleeping cars or Pullman Salon cars. The history of Orient-Express is full of anecdotes that were reported in CIWL’s archives. Fiction is often based on reality.

In 1929, the Orient-Express was blocked in a snow storm in Turkey, inspiring Agatha Christie.

On September 1931, terrorists exploded a viaduc in Hungary. The Orient-Express fell from the high bridge, resulting in more than 20 dead people.

Franco-American singer Josephine Baker was on board and helped wounded passengers. The terrorists were caught and hanged.

And so many other archive stories.

The decline of luxury trains

World War 2 and the birth of air travel pushed CIWL to diversify into new more attractive business opportunities, away from luxury trains.

Through the 1960's and 1970's, CIWL became a large diversified group, with activities on 5 continents, from trains operations, to hotels, travel agencies and catering.

After the war, Luxury trains started to decline, with the notable exception of the ‘Blue Train’ whose fame is associated with elegant tourists traveling to the Côte d’Azur and to the Cannes Cinema Festival. (see celebrities on-board CIWL trains). 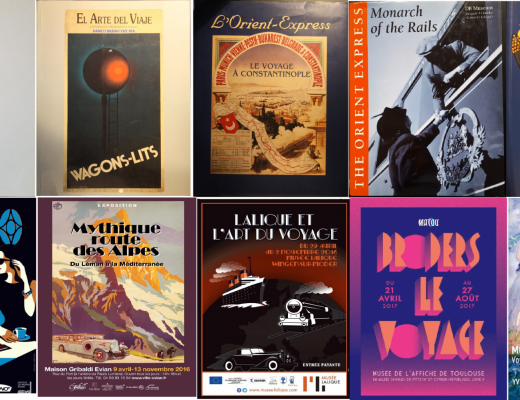 Public Exhibitions on Orient-Express and CIWL

The myth of Orient-Express still remains in the general public’s memory thank to the media, literature and cinema.

To be sure, CIWL has always cooperated with public or private entities wishing to organize cultural exhibitions, based on CIWL’s rich historical archives. CIWL and Wagons-Lits Diffusion have always facilitated the organization of these exhibitions. Over the years, these have also contributed to the fame of the Orient-Express and Compagnie Internationale des Wagons-Lits.

Orient-Express and the Cinema

To name but a few of the movies taking place on the Orient-Express: 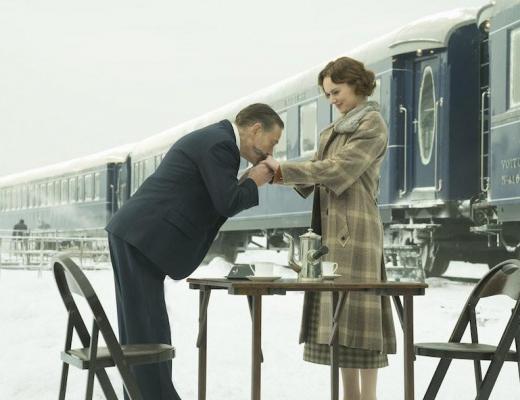 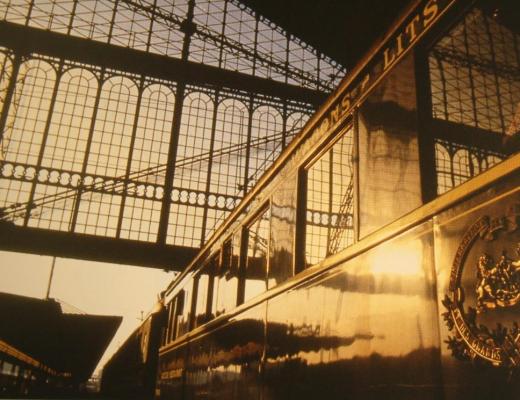 Still today, 2 trains named Orient-Express are in circulation, decorated with the full CIWL livery and the golden logo. They are composed of old CIWL coaches, entirely refurbished by CIWL workshops in Ostende:

-The Venice-Simplon-Orient-Express (VSOE), composed of coaches bought from CIWL in 1977. VSOE is part of the LVMH luxury group since 2018. 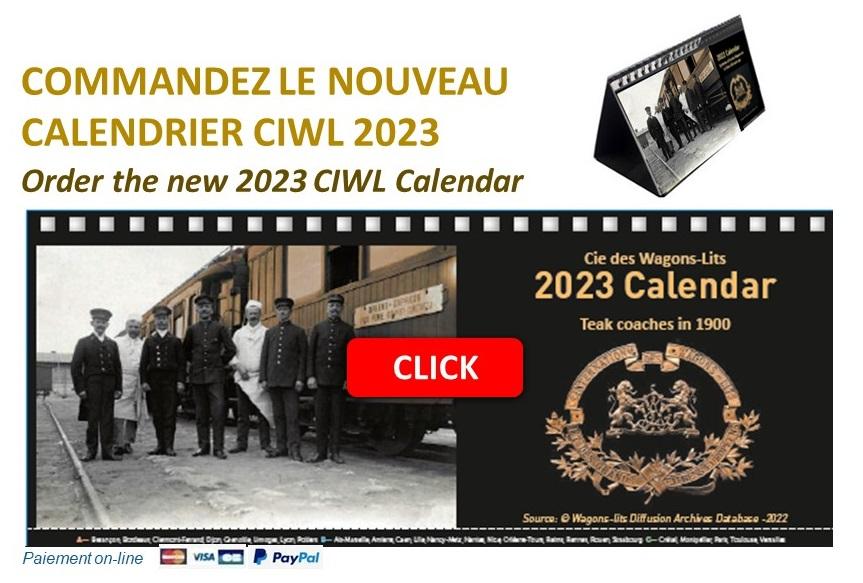